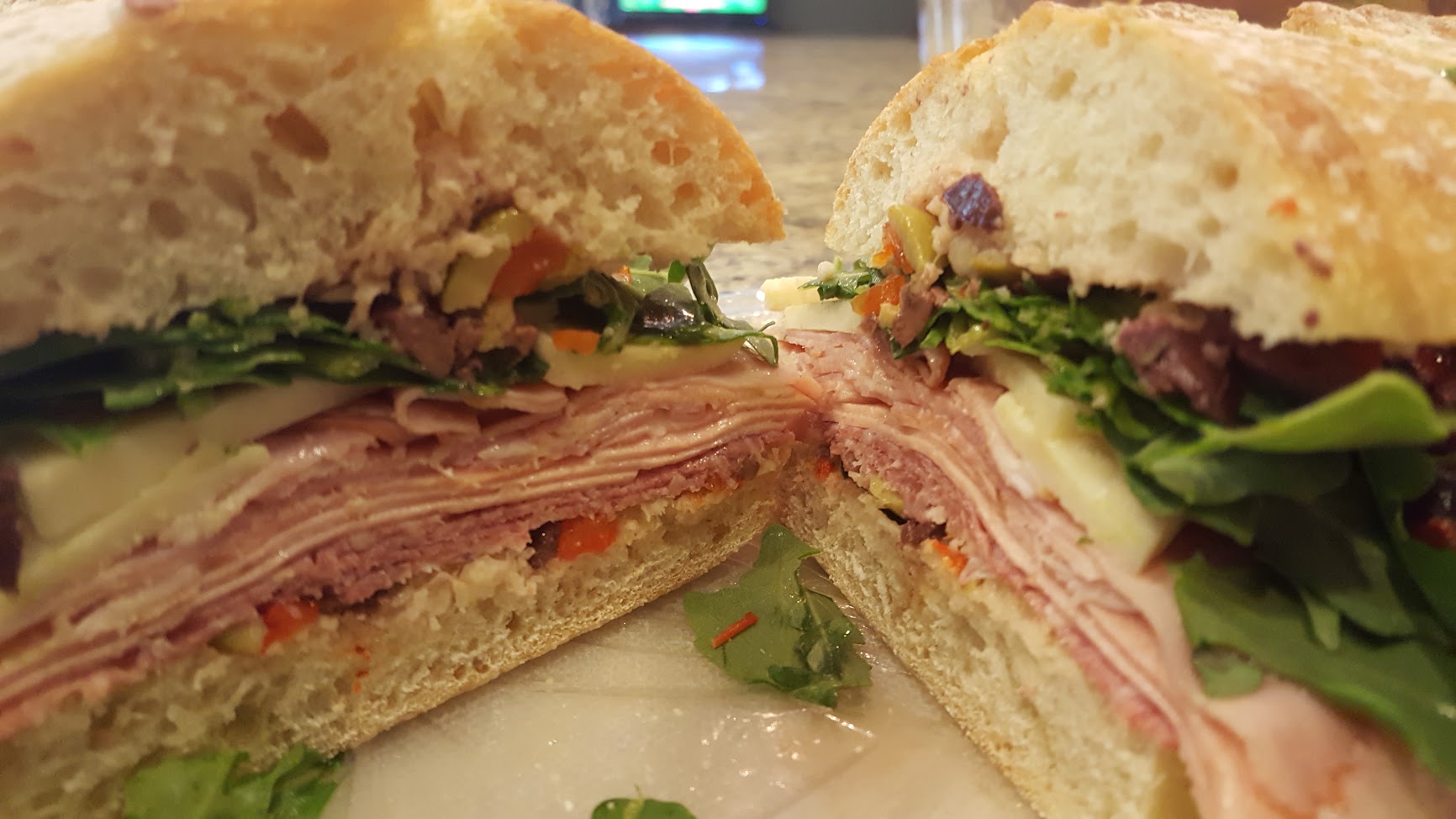 Preheat oven to 400. Drizzle some olive oil on a whole red pepper.
Roast red pepper for about 30 minutes. Turn oven to broil and cook for an additional 4 minutes, turning halfway through.
Let the pepper cool and then slice
Whisk together vinegar, oregano and garlic in a large bowl until blended.
Gradually whisk in oil.
Stir in green olives, kalamata olives, roasted peppers and black pepper.
Using a serrated knife, slice 1 inch from top of bread loaf.
Split loaf horizontally, and scoop out soft bread from both halves, leaving a ½-inch-thick shell. (Reserve soft center of loaf for another use, if desired.)
Spread half of the vinaigrette in bottom half; layer with ham, salami, mortadella, cheese, onion and arugula.
Spread remaining vinaigrette on top half of bread, and place vinaigrette side down on arugula.
Cut the sandwich into 6 even wedges.

**Note – I used a rectangular artisan ciabatta bread as opposed to a round bread. This left me with less wasted bread.