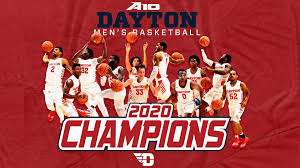 I just finished listening to the UD Flyers final regular season game. I had to take a few minutes to write about it because I want to be able to look back and remember it. It’s been historic. As I write this, Dayton is ranked #3 in the country. They’ve won 20 straight games. They’ve finished the regular season with a record of 29-2, with the two losses in overtime on neutral courts. What a ridiculously fun and amazing team.

Led by Obi Toppin, probably the national player of the year, definitely an NBA lottery pick, and Jalen Crutcher, one of the best point guards in the nation, it’s a dream season. The role players are amazing. Two local kids, Ryan Mikesell and Trey Landers played their last games at UD Arena tonight. Rodney Chapman is an insane defender.

There’s a lot of basketball left to play, but it’s been amazing.