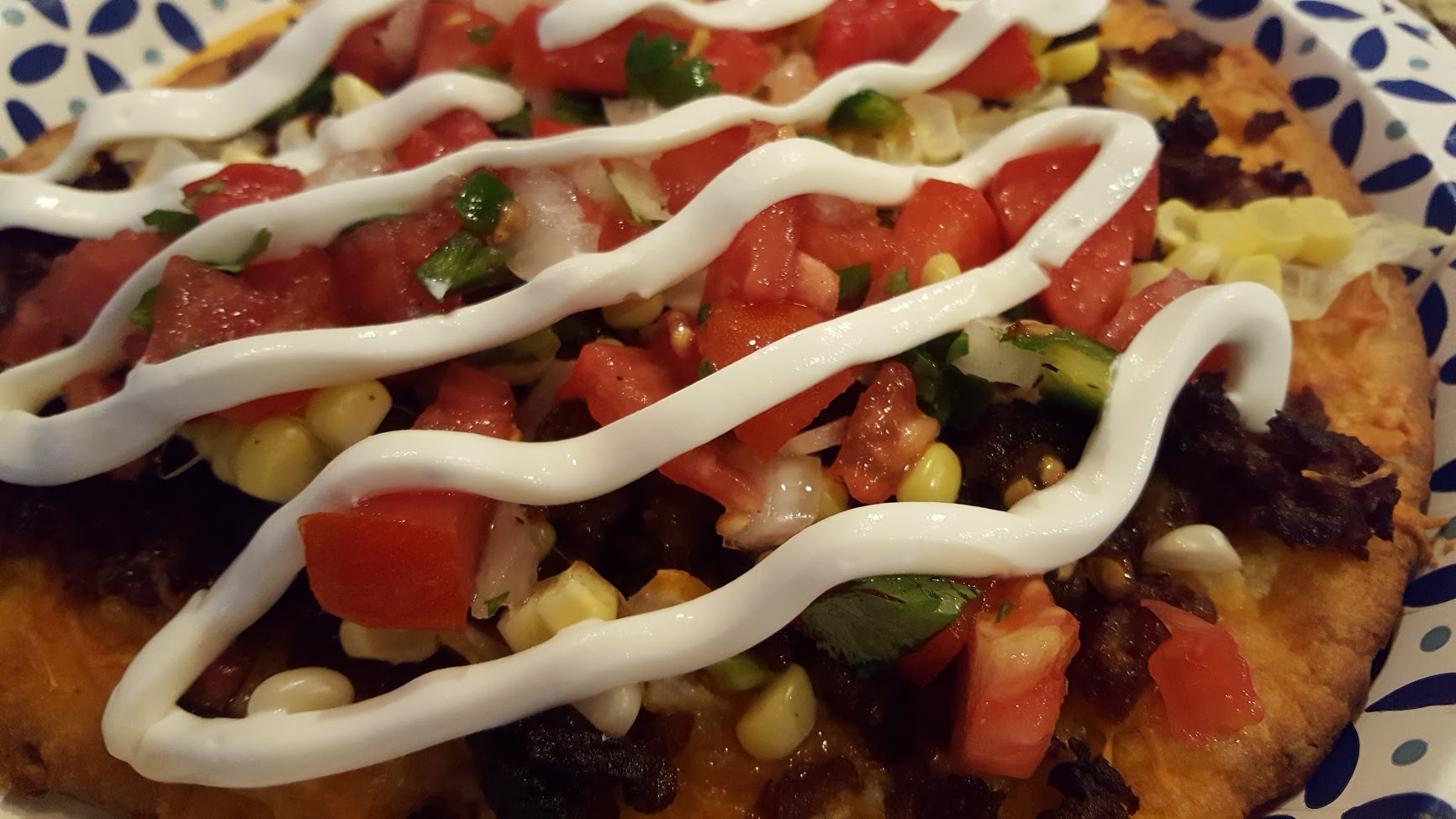 DIRECTIONS
Preheat over to 400

If using corn on the cob, cook your corn. I roasted mine in the oven by peeling the husk back most of the way and removing the silk. I returned the husk leaves to their original position, covering my corn. Next I ran it under some tap water to keep the leave from burning. I popped it in the oven on a piece of foil and went about the task of making my naan. You could also grill it a day ahead, boil it or just use canned corn. If using corn on the cob, cut the corn from the cob with a knife once it’s cooled enough to handle.

Naan
Brown chorizo in a skillet over medium heat until fully cooked and drain
Add about one teaspoon of olive oli to each non. Spread it with your fingers or a brush.
Top each naan with shredded cheese and chorizo
Bake for 10 – 12 minutes
Remove from oven and top with corn, pico and sour cream
Slice each naan into quarters