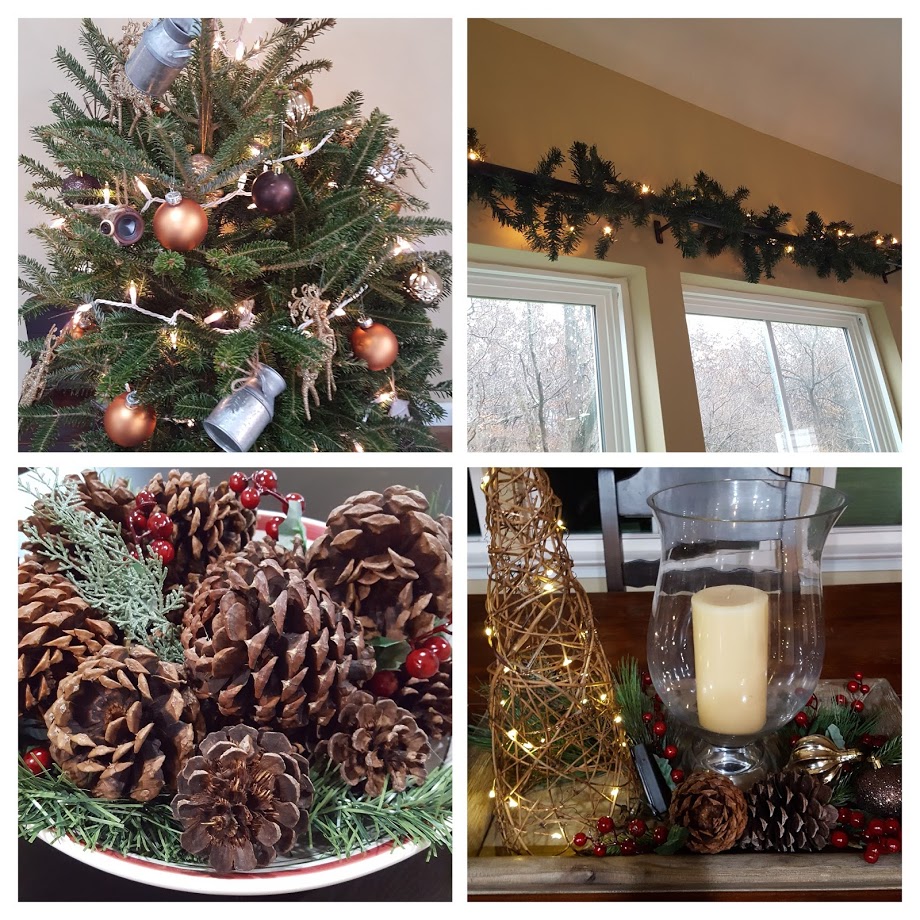 It’s been several years since we had a big, family Thanksgiving gathering. While most of us are in Ohio, we’re spread across multiple cities. We also have the new generation of families which means there are multiple young couples with multiple kids, demanding jobs and two sides of family to consider. This year our oldest nephew and his wife offered to host Thanksgiving. JDub and here clan came down from Columbus , the Hillsboro clan was in attendance and we were even fortunate enough to have the Albany girls in town. It was a fun day. It was great to see all the kids. We had a nice meal and great conversation. I am thankful for my little family.

S and I had a five day, long weekend. I am proud to say that our Christmas shopping is done and 95% of our gifts are wrapped! I loathe gift wrapping, but we teamed up and knocked it out in a day. Last year, on the day after Christmas, I met my friend M for lunch at Roosters. I remember I was running early and stopped in Hobby Lobby. It was AWESOME! They had all the Christmas stuff marked way down and I ended up buying some new ornaments. So this year I finally got to use them. If I do say so myself, our little tree looks really pretty. I am thankful for my home and my husband.

This week my Dayton Flyers were in the Maui Invitational. Wow are they good! I’m really excited to see what they can do this year. They ended up losing to the #4 Kansas Jayhawks in OT in the finals, but it was impressive nonetheless. Yesterday the Ohio State Buckeyes defeated the team up north. Defeated is a kind word. They crushed them. The Bucks will now enter next week’s Big Ten Championship Game with a record of 12 – 0. And, my poor, sad Bengals won their first game of the season. I am thankful for sports!

This morning was beautiful. I hadn’t looked at the forecast so I was pleasantly surprised to find the temperature over 50 at 8:30 this morning. I was able to do my morning jog/walk outside instead of at the little community gym which was really nice. The day ended up being cold, rainy and dreary, but it was nice while it lasted. We spent the remainder of the day smoking a turkey breast and watching football. Our last effort at smoking a turkey breast was a disaster. It rained and the smoker shut off for an unknown amount of time so we had to pitch it. This one turned out great! It will be a good dinner tomorrow and maybe some turkey salad for later in the week. S and I have worked really hard this year to change our eating habits and stay active. I am thankful for the results.