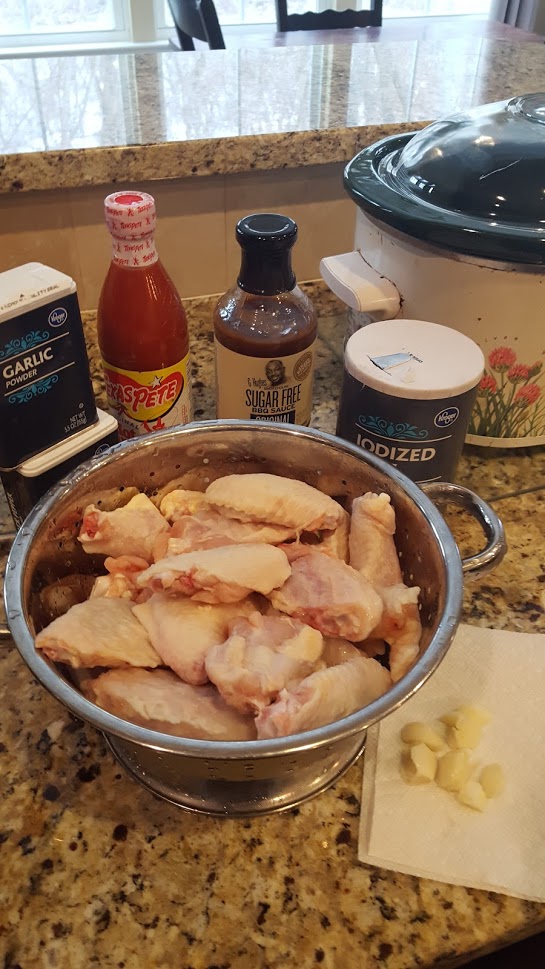 It’s Superbowl Sunday. Patriots vs. Rams. I’m rooting for the Rams because one of the most-beloved Bengals of all time, Andrew Whitworth, is now a Ram. In addition, I’m sick of the Patriots. In honor of the big game, I made wings which turned out amazing! Easy peasy. I bought a 2.5 lb bag of raw, frozen Party Wings from the Kroger Meat department. Next I rinsed them and patted them dry with a paper towel. I added salt and pepper then dumped them in my crock pot with a 1/2 cup of sugar-free BBQ sauce, 4 cloves of garlic and a 1/2 cup of Texas Pete’s hot sauce, cooking on low for 4 hours.

What to do with four hours to spare? We decided to spend it buying a new car. In my opinion, we didn’t really need a new car, but SS felt like it was the way to go due to our long commute. It’s so pretty! Definitely the nicest car we’ve ever had. I’m especially excited to finally have heated seats! I’ve wanted those since JDub had her Rendezvous! After the always grueling car-buying process was complete, it was back home to finish the wings and get ready for the game.

After arriving home and pre-heating oven to broil, I put the wings on a foil-lined baking sheet, basted with some additional hot sauce/BBQ mixture and broiled for 4 minutes on each side. I served them with blue-cheese dressing and celery. Yummy!

Too bad the Pats won.